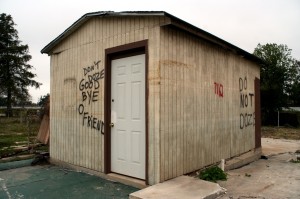 “From archival snips of an educational film on the weather to cine poems in full blossom, Brooklyn film “avant-gardeners” Mark Street and Lynne Sachs create their 3rd XY CHROMOSOME PROJECT at Other Cinema at ATA in San Francisco. This program of 10 short films on both single and double screen gleans audio-visual crops from the dust of the filmmakers’ fertile and fallow imaginations. In this avalanche of visual ruminations on nature’s topsy-turvy shakeup of our lives, Street and Sachs ponder a city child’s tentative excavation of the urban forest, winter wheat, and the great American deluge of the 21st Century (so far).”  (72 min.)

DOUBLE SCREEN
“Buffalo Disaster Relief”  (9 min.)
Archival footage filmed by the US National Guard of Buffalo, New York’s worst snowstorm on record.  Obtained from the US National Archives.  People attempt to reclaim their daily vignettes in the course of a larger narrative.  M. Street and others, 1972.
&
“Window Work”  (9 min., sound)
A woman drinks tea, washes a window, reads the paper– simple tasks that suggest a kind of quiet mystery. Hear the rhythmic, pulsing symphony of crickets on a summer night, jangling toys, the roar of a jet, children trembling at the sound of thunder. Small home-movie “boxes” within the larger screen become clues to the woman’s childhood, mnemonic devices that expand the sense of immediacy in her “drama.” L. Sachs, 2001

“Winter Wheat” (8 min., sound)
Made by bleaching, scratching and painting directly on the emulsion of an educational film about the farming cycle. The manipulations of the film’s surface created hypnotic visuals while also suggesting an apocalyptic narrative.   M. Street, 1989.

“Georgic for a Forgotten Planet”  (14 min., sound)
I began reading Virgil’s Georgics, a 1st Century epic agricultural poem, and knew immediately that I needed to create a visual equivalent about my own relationship to the place where I live, New York City.  Culled from material I collected at Coney Island, the Lower East Side, Socrates Sculpture Garden in Queens, a Brooklyn community garden and a place on Staten Island that is so dark at night you can see the three moons of Jupiter.  An homage to a place many people affectionately and mysteriously call the big apple. L. Sachs, 2009

DOUBLE SCREEN
“Sliding Off the Edge of the World”  (7 min., silent)
A stab at depicting daily life near the end of time: fleeting images burst onto the screen only to recede from view just as quickly, suggesting transition and decay. Tendrils of images cluster together and then dissipate. A snowy walk, kids in the backyard, it all seems like it could fall apart so quickly.  M. Street, 2001
&
“Noa, Noa” (9 min., sound)
Over the course of three years, Lynne collaborated with her daughter Noa (from 5 to 8 years old), criss-crossing the wooded landscapes of a Brooklyn park with camera and costumes in hand. L. Sachs, 2006

“Behold the Gowanus Canal” (6 min., sound)
On Earth Day 2008 in Brooklyn, New York, Lynne, Mark and their daughters Maya and Noa float down the Gowanus Canal with environmental visionary Ludger Balan, head of the Urban Divers Estuary Conservancy.  Located in the heart of Brooklyn, the canal contains the residual pollution left from decades of disregard for the health and well being of this thriving urban neighborhood and its residents. Finally, the community is waking up to the possible revitalization of this Venice-like waterway.  L. Sachs, 2008

DOUBLE SCREEN
“Infected City”  (14 min. sound)
A coda: the stars and the city meet for one last dance between the known and sublime.  M. Street, 2008.
&
“New Orleans, Louisiana”  (14 min., silent)
One year after Hurricane Katrina, the collapse of the levy, and the tragic flooding of New Orleans, Mark and Lynne traveled to this city to help raise money for Zeitgeist Theatre Experiments,  a struggling microcinema continuing to show alternative films to the passionate but dwindling local community.  This is what they saw as they explored the now famous Ninth Ward and the banks of Lake Ponchatrain.  L. Sachs and M. Street, 2006 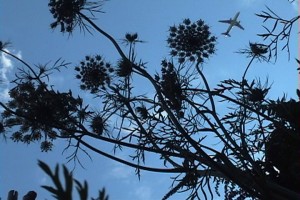