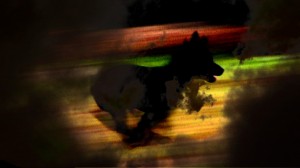 We will serve Yerba Mate tea in a communal gourd and sweet dessert churros in the lobby before the show.

This rollicking evening of challenging, expressive and oppositional Argentine cinema offers a window onto makers shredding formal niceties, relishing in risk and daring to access the sublime.  From an achingly beautiful evocation of an hourglass to a darkly humorous evisceration of the tenets of the stock market, this program will take us to the land where summer is winter and winter is summer and render our souls topsy-turvy for a bit too.  Last summer NYC experimental filmmakers Mark Street and Lynne Sachs immersed themselves in the Buenos Aires film community through a variety of collaborative cinematic endeavors.  In addition to shooting Super 8 movies with their artist peers in town, Street and Sachs spent time meeting and watching the works of local moving image makers – some young bucks and some veterans who have been expanding the parameters of the medium since the early 1960s.   (72min TRT.)

“Los Angeles” (5 min., 16mm, 1976) by Leandro Katz
Portrait of a small community living by the railroad tracks in the banana plantation region of Quiriguá, Guatemala. Originally a single take, this film is composed of alternating equal number of moving frames and frozen frames as the camera tracks alongside the train station.

“Workshop” (10 min.,16mm 1977) by Narcisa Hirsch
A structuralist vision as conceived by one of South America’s most beloved experimentalists, Narcisa Hirsch.  One wall of the filmmaker’s studio as seen through a fixed camera. We see photos she’s stuck on the wall, then there is a dialogue with a male friend to whom she is describing the rest of the walls that you don’t see. A “one upmanship” of a similar film by Michael Snow where he describes a wall of his studio- workshop, by describing what one CAN see.

“Aleph” (1 min., 16mm) by Narcisa Hirsh
In the blink of the eye – 1440 frames in one minute – the rituals of childhood and adolescence give a magical and haunting rhythm to daily life.

“El Eroticismo del Tiempo” ( 1 min., video, 2005) by Narcisa Hirsch
Like the curves of the body, an hour glass can both seduce and repel us.

“Bajo Tierra” (4 1/2 min., Super 8, sound on CD, 2007) by Pablo Marin
A film portrait of filmmaker Claudio Caldini: in the industrial town of General Rodriguez, Buenos Aires, a man makes a new cinematic offering in front of the no-longer-industrialized Kodachrome.

“Equivale a mentir” (3 min, Super 8 to video, sound, 2001) by Macarena Gagliardi.
A meditation on the four elements, and various aspects of fusion—a sensual evocation of the process of change.

“Espectro” (6 min, super 8 with separate sound on CD, 2008) by Sergio Subero.
Abstract images shimmer and shift on the screen.  We are invited to look within as we enter an unfamiliar and unpredictable realm.

“Montevideo” (4 minutes, DVD, 2008) by Leandro Listorti
The capital of Uruguay reveals, briefly, its characteristic of a Doppelgänger City: a single place cut in two spaces where two pairs of creatures explore the limits of the travelogue.

“Stock” (5 minutes, 2007, mini DV ) by Ruben Guzman
A boy from La Cruz walks to school to read aloud the stock market report from the newspaper. We are witness to the last day of capitalism.

“El Guardian” (5 min., video, 2008) by Ruben Guzman
A fantasmic guardian coddles and keeps the images of the world.

“For You/Para Usted” (16 minutes, video, 1999) by Liliana Porter
A witty and wry comparison of linguistic and visual modes of expression through a series of pithy and provocative animated vignettes. 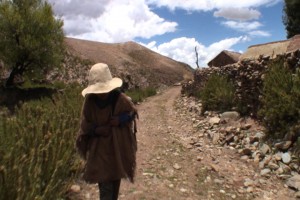