“I began reading Virgil’s Georgics, a 1st Century epic agricultural poem, and knew immediately that I needed to create a visual equivalent about my own relationship to the place where I live, New York City. Culled from material I collected at Coney Island, the Lower East Side, Socrates Sculpture Garden in Queens, a Brooklyn community garden and a place on Staten Island that is so dark you can see the three moons of Jupiter. An homage to a place many people affectionately and mysteriously call the big apple” Lynne Sachs

Sunday, April 12, 2009
Georgic for a Forgotten Planet
“Lynne Sachs showed one of her latest films, “Georgic for a Forgotten Planet”, last night at ATA, a cultural icon here in San Francisco. The film, like Vergil’s Georgic, is a lovely and meditatively poetic paean to agriculture, although, unlike Vergil, the film’s focus is on the separation of our citified culture from the husbandry of the earth as well as the separation of our own persons from what surrounds us. I was struck in particular by a number of plaintive shots of the Moon over the city, hardly visible against the streetlights, ignored by those below, a forgotten deity.

Many of her films center on ecology and our damage of the same and we saw a number of those as well. Also included on the program were the films of her partner Mark Street, including one of his more abstract works titled Winter Wheat, a beautiful bubbling hand-manipulated piece of 16mm art, which took on an environmental urgency in the context of the other films. ” Erling Wold
See Composer Erling Wold’s thoughts at www.erlingwold.com 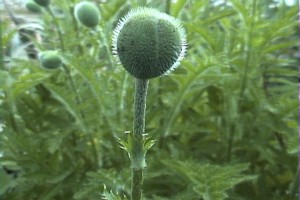