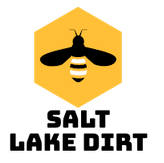 An Interview with Filmmaker Lynne Sachs

Lynne Sachs new documentary film entitled Film About a Father Who premieres at Slamdance 2020 on the opening night of the festival. It is a thirty year labor of love that chronicles the complex life of her father Ira Sachs. Her new book of poetry Year by Year was also recently released on Tender Buttons Press. Lynne was kind enough to take time out of her busy schedule to discuss the film and her process as a filmmaker and writer.

Salt Lake Dirt: The film is excellent. I really found myself feeling part of your family, it was quite remarkable.

Lynne Sachs: That makes me happy. I’ll just say something that happened today. This woman I had not seen for twenty-five years wrote to me. She’s a fiction writer and she just kind of bared her soul about her own life and things that had happened in her life. She had even written a novel about it. Relating to her relationship with her father and she had some siblings that she didn’t know about and it was very cathartic for both of us. I did not actually predict that that kind of thing would happen. It’s already happened a couple of times so who knows where this is going to go.

SLD: I think you’ll get a lot of that up there in Park City this coming week. So the footage goes back to the 80s?

LS: It actually goes back to the 60s.

SLD: Does it really?

LS: In the beginning of the film you see some Super 8 footage of my brother. He looks like he is a few months old,so it must be the end of 1965 or the beginning of ‘66. My parents only shot a total of twelve minutes of home movies and I have mined every frame of it for various film projects. But that’s Ira as a baby and you see my dad holding us up at the very beginning. Then the footage jumped to 1984. That is when I was first getting interested in film. I was shooting Super 8 but also video. I shot in Bali with my dad. So it kind of jumps. But the very earliest footage is from the end of ‘65 or the beginning of ‘66.

SLD: Wow. So its a real labor of love and you said that you committed to making it into a documentary in the early 90s.

SLD: That’s coming up on 30 years. What made you stick with it that long?

LS: I have two answers. One is that I was kind of intimidated by it and so everytime someone in my family would say, “Lynne, when are you going to finish that movie about dad?” I’d just say, “I’m still shooting.” And mostly, when you have long term projects the only person that really cares about it is you. If you dropped it nobody is going to say, “Whatever happened to…” But they were curious because I was so consistent. I always had a camera but it was like “maybe she is just collecting this.” There is also a tendency that it’s so much easier to shoot than to watch. You watch it and you have nostalgia. Or you have regret or a given omniscience. You know what happened to this person and that person and you know how those two people really feel about each other. Like an all-knowing narrator and then you kind of don’t want to pretend that you do have that omniscience. So I kept collecting footage or shooting footage but not watching it. And then about two years ago I said, “I really have to start going through this.” I could see my dad getting older. But I’m getting older at exactly the same rate and so are you.

LS: So there just comes a point where you say, “If I’m going to do this, I have to devote myself to actually seeing what I have.” So I spent about a year working with my friend who is my assistant and also became the editor while she was learning how to become an editor for books. She is a former student, Rebecca Shapass, and that was a breakthrough. A total breakthrough because instead of it just being my collection of material on my family it became another kind of story that both needed context and also didn’t need context. That became more of a story that people could enter without knowing every single detail. Because I was always wondering how much do people really need to know? How much do I have to flesh this out?

SLD: The film is just over an hour but it felt like you covered quite a bit of ground in that 70-75 minutes. You can tell the editing was done extremely well.

LS: I really didn’t want to do it just chronologically.

SLD: I loved the way you did that. You kind of jumped around, it was beautiful.

LS: I really appreciate that. I edited with Rebecca twelve experimental films (which became the final film) and we let them stand on their own. Then we spent another year trying to figure out the transitions. The structure was not obvious. The structure had to come through a lot of themes and a lot of associations. It couldn’t just be plot driven or life driven or reality driven. So I needed the kinds of relationships, whether it was about love, or rage or forgiveness or all those different kinds of things. I also wanted each of those episodes to kind of function like a little parable in a sense. Like the story of my father having two Cadillac convertibles that were exactly the same. I didn’t understand that that was a really great story until I started putting it together. Because it was like a funny family story. Dad always had those two convertibles, why did he paint them the same color?

SLD: That was hilarious.

LS: Even when you have a story that has a lot of darkness or pain it’s also the hilarious of recognition. Ah, yeah, I could see somebody in my family doing that. Not laughing at, but kind of with.

SLD: That was kind of early on and at that point it hooked me. I was like, “Who is this guy? I want to know more.”

SLD: You’ve done quite a bit of filmmaking over the decades, especially with documentary. I always like to ask filmmakers this question. How do you know when a documentary is done? When is it time to move forward, start structuring it to the final piece?

LS: I make films in probably quite a different way than most people. Rarely do I have a production phase and then a post production phase. I will shoot and then I’ll start to edit. I usually edit from the middle backwards and forwards. So I have to climb my way out of the center of it or of a scene that I know works. Sometime in my films I actually don’t know the ending until the editing stops because that keeps me interested. The process remains really alive. It’s exciting to me if I can keep myself both confused and committed. I don’t really know what this is about. I always say, this is the hardest thing I’ve ever made, and this film I can definitely say that. It’s really like a desperate look for structure. In a lot of documentaries, especially character driven documentaries, people say I have to find the character and then we’ll apply something that comes from literature like a storyline with characters and then a conflict and then a resolution. But I don’t really edit that way or shape things that way.

LS: I actually think the downfall of so many documentaries has been that people impose the expectations and the paradigms of fiction films and I think that is oppressive. It shouldn’t be that.

SLD: That makes a lot of sense. One last question. You’ll be doing a reading at Dolly’s Bookstore on Sunday the 26th.

LS: Thank you for mentioning that!

SLD: The book is called Year by Year. The synopsis sounded fascinating to me. Maybe you could just talk a bit about that.

LS: So I have this new book, its my first book because I’ve been making films for a long time, but I actually have been writing poetry much longer. A lot of my films include writing that comes from my poetry. When I turned fifty I decided to write a poem for every year of my life. I was really interested in that intersection between very public events that you can’t control or some kind of crisis that is beyond your domestic universe or your psyche and when that punctures your private world. So I went back. I was born in ‘61 so I looked at every year between ‘61 and and 2011 and tried to imagine. And also use Wikipedia (laughing), because Wikipedia is extremely helpful. You type 1993 and Wikipedia will tell you every popular song from ‘93, what was going on politically both in the United States and abroad. So when you read those things all of a sudden your memories just come flowing. Most people will say, oh that was the year I graduated from high school, but that’s not necessarily the thing or event that shaped who you are. Like I could tell you that I graduated from high school in ‘79, it was no big deal. But my prom was very interesting because my school was half black and half white and we voted on which band we would have. There were more black students so it was a black band and none of the white kids went, but I went anyway. So that was a big event for me. I’m interested in how that outside dialectic or tension enters your head. I have a poem about the Columbine shooting in ‘99 and a poem about national health care. I have a poem about when Martin Luther King was killed because I was in Memphis and I was just a little child. So that’s how I wrote each one. It does connect to my films because so many of my films deal with history and that intersection with the personal and the public. One of the directors of Slamdance, Paul Rachman, suggested it. He said that there is a bookstore, Dolly’s, that’s really beloved in Park City and its right in the center of town on Main Street, why don’t you do one of your readings while you are here for the festival?

SLD: Thank you so much for your time. I’m looking forward to the premiere and to the reading this weekend.

LS: Thanks for spending time watching it!