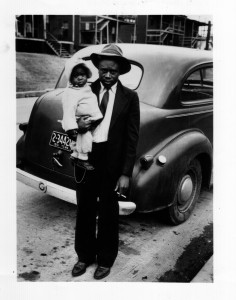 Ethnography is describing the Other. In the 1920s, writer and anthropologist Zora Neale Hurston reacted to this established view with her own artistic and scholarly works on everyday cultures in her own home in America’s black south. Hurston political and poetic studies of “folk cultures” that were mostly disparaged at the time are an expression of unmitigated appreciation and a way of taking up a position within the debate on “high” and “low” art in Harlem between the wars. This show begins with film of Hurston, the most significant artist of the “Harlem renaissance,” made during her field research, and then presents two more recent films that look in other ways at specific milieus and their rituals for creating and destabilizing community. Shirley Clarke’s film is a semi-documentary ethnography of the rituals of maleness and empowerment in the Harlem youth scene in a 1960s society shaped by racist exclusion. Lynne Sachs has made a portrait of a remarkable Afro-American pastor in Memphis in the 1930s who himself made use of film as a spiritual and social tool. Sermons and Sacred Pictures exemplifies the links between religion, art, and politics typical of the late Civil Rights Movement by looking at the documentary and activist filmmaking of one the movement’s pioneers.

Christian Kravagna is an art historian and curator. He works as professor for postcolonial studies at the Academy of Fine Arts Vienna.