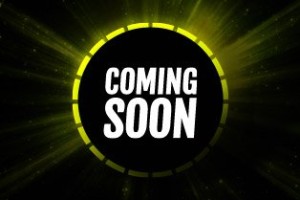 CS Interview: Lynne Sachs on Personal Journey in Film About a Father Who

One of the most compelling and buzzed-about features to debut at this year’s Slamdance film festival in Park City, Utah is Lynne Sachs’ documentary Film About a Father Who and ComingSoon.net got the opportunity to talk with the filmmaker to explore the very personal project that focuses on the connection a child has to their parents and how it shapes them into who they will become.

Over a period of 35 years between 1984 and 2019, filmmaker Lynne Sachs shot 8 and 16mm film, videotape and digital images of her father, Ira Sachs Sr., a bon vivant and pioneering businessman from Park City, Utah. Film About a Father Who is her attempt to understand the web that connects a child to her parent and a sister to her siblings. With a nod to the Cubist renderings of a face, Sachs’ cinematic exploration of her father offers simultaneous, sometimes contradictory views of one seemingly unknowable man who is publicly the uninhibited center of the frame yet privately ensconced in secrets. In the process, Sachs allows herself and her audience inside to see beyond the surface of the skin, the projected reality. As the startling facts mount, Sachs as a daughter discovers more about her father than she had ever hoped to reveal.

When it came to diving into this tale and learning of her father’s web of secrets, Sachs didn’t view it as wanting to tell a story but would rather become engaged in the material in a “documentarian way” as she followed him around with a camera asking him questions.

“It sort of made that collaboration between me and my father more, in his mind, serious or professional or fun because it was like a creative thing that we were doing instead of just a home movie,” Sachs described. “Years later, once you’ve lived that life, it’s like the story becomes something that unfolds in a way that takes on the shape and the structure. But at the beginning, it was just that I had this very interesting dad that I knew from way back when, day one, and sometimes it was challenging to have a dad who’s so different from everybody else’s. But then, when I became an adult, I said ‘Hey, maybe I was lucky that I had a father who didn’t play by the rules  and that had an imprint on me.”

Sachs found that this not playing by the rules mentality her father had with life would sometimes bleed over into interviewing him on camera, as he was known to give pushback regarding certain questions she would ask.

“I’d say he was cooperative and he was a collaborator, but in a way, maybe I’d say he set up the rules,” Sachs said. “It wasn’t until much later that I kind of got the picture that my father was, in a sense, a performer or an actor on multiple stages. I just didn’t know how many stages he was being himself, but himself in various ways. I kind of realized that it was a bit like a Cubist painting, a Picasso painting, where you’re never really just looking at one façade, you have multiple façades, so it just took me years to understand that.”

Diving into her father’s life and secrets was a fairly emotional time for Sachs, learning about the multiple women he kept secret from her and her siblings, as well as him having fathered children with said women. Exploring this situation, Sachs describes, was essential to tying together the themes of how one’s place is tied to their connection to their parents.

“When you look at a photograph and you have the darkest blacks and you have these white, well-lit areas, and then you have all of the scale in between,” Sachs said. “I and my siblings, too, we had a lot of low moments because as a child or as an adult, you come to certain stages of your life where you think you might not understand who you are, at least as a child. Even if you’re 30 or 40 or 50, you’re still someone’s child and you understand it. If it keeps changing, it’s very unsettling, and it can be like a seismic reaction. So in some ways, the film helped me to kind of calibrate that and to work through it and to know that I’m my own person. So that’s a very mythic thing to say, I am separate from my parents, I know he or she is there, but I am separate. So then, if I can find that, and maybe I found that through the making of the film, then I could move on. It’s been very interesting to see how many people, no matter what age, are still trying to reckon with who they are in relationship to where they came from.”

Having started the documentary in ’84, Sachs began shooting it on 16 mm film and as technology evolved over the years she would eventually transition to 8 mm film for some of its filming but found herself returning to the older tech frequently.

“The only kind of camera that is consistent throughout the whole film is 16 mm film, the only really stable material is 16 mm film,” Sachs said. “Even knowing this from being in the film business or industry, everybody keeps saying film is dead, we can now say tape is dead but film still exists. That material to most people’s eye looks the most beautiful, so even as the technology becomes more and more sophisticated or state of the art, there is a kind of lushness and a kind of aesthetic pleasure that you get from film. There is a scene in the film where I do these interviews with my father’s second wife and one of his girlfriends, and that was shot in 16 mm with sound. That is a lot of equipment because I was using a big 16-mm camera and this kind of very professional audio and then video came in and we were all saying, ‘Oh, now it’s easy, now it’s all in one camera, sound, and image.’ But the problem is you compromise the quality of the image and the beauty of it for the ease of it, so I was always going back to 16 mm because I was really drawn to the texture of the image.”

With a lot of material and different styles of shooting over the years, Sachs took her time pouring over everything and putting it all together, finding that even some of what she considered flaws actually translated into a very helpful style of filmmaking for her themes.

“When I was watching the material, it took a year to really watch all of it and I transcribed everything,” Sachs recalls. “I was very, very critical of some of my shooting because I said, ‘Oh, the camera was shaking or why was I paying attention to what was being delivered to the table rather than what the person who would be —all these things that one does when in real life. Then I thought, maybe it becomes more personal — it’s not that I was trying to make excuses, but maybe it brings this connection between the person behind the camera and the person or whatever’s happening in front of the camera.”