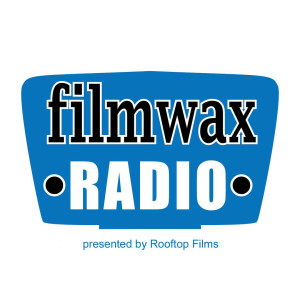 In October 2018, Filmwax Podcaster Adam Schartoff interviewed Lynne and two participant/performers in her film “Tip of My Tongue”.  Adam himself was an integral part of the film, since he two turned 50 in the early 1960s and was ready, willing, and able to open his soul and his memories to our creative process.

You can listen here or go to the Filmwax website:

To celebrate her 50th birthday, filmmaker Lynne Sachs gathered together other people, men and women, who have lived through precisely the same years but come from places like Iran or Cuba or Australia or the Lower East Side, not Memphis, Tennessee where Sachs grew up. She invites 12 fellow New Yorkers – born across several continents in the 1960s – to spend a weekend with her making a movie. Together they discuss some of the most salient, strange, and revealing moments of their lives in a brash, self-reflexive examination of the way in which uncontrollable events outside our own domestic universe impact who we are. All caught in her fabulous film “Tip of My Tongue”.

In this podcast discussion, we re-unite 4 of the 12 people from that unforgettable weekend a few summers back, including myself, Accra Shepp, Andrea Kannapell and Lynne. The film will have a screening this evening, Thursday, October 18 at 7PM at The Film-makers Cooperative in Manhattan. The film is also available on DVD and blu-ray through Cinema Guild, and for streaming on Kanopy. 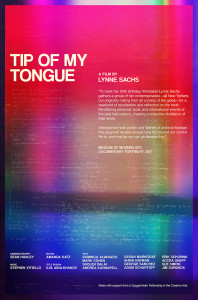 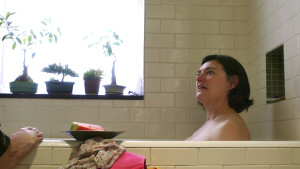 Andrea Kanapell in “Tip of My Tongue” 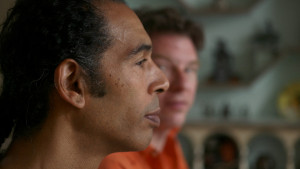 Accra Shepp in “Tip of My Tongue” 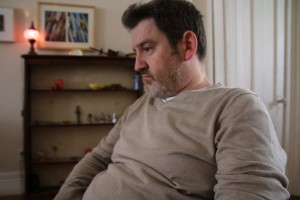 Adam Schartoff in “Tip of My Tongue”