“All you get is their name and their bag of dirty stuff- you write it on a tag. A tag for all the sweat, blood, food, coffee stains, and whatever….”

“Sometimes they hide the stains. They’ll put it in a bag and won’t tell you. Maybe they think you won’t take it?”

EVERY FOLD MATTERS looks at the seemingly mundane, everyday world of laundry through a personal and social lens, providing new insight into the way we take care of the things most close to our bodies.  Stories around intimacy, clothes, dirt/stains, money, and time are revealed through heightened dialogue and gestural, choreographed sequences — all set amidst the washers and dryers of a working laundromat.  EVERY FOLD MATTERS provides an opening into a historic form of domestic work which is mostly unseen, or at least unnoticed, tended to by those who go unrecognized and undervalued.

“My customers count on me. They think we do magic.”

EVERY FOLD MATTERS was originally commissioned by Emily Rubin as part of Wash and Dry Productions’ Dirty Laundry: Loads of Prose series, with support from the Manhattan Community Arts Fund, and presented on the Lower East Side at Gentle Wash Laundromat. In 2014, Lizzie Olesker was awarded $2200 from the Brooklyn Arts Council (BAC) to further develop and perform EVERY FOLD MATTERS. Lizzie then invited Lynne Sachs to collaborate on the project, bringing her innovative approach in creating hybrid documentary work. After early showings in Brooklyn at the Old Stone House and Atlantis Superwash Laundromat, Lizzie and Lynne continued developing the piece through further interviews and collaborating on a new script.  Emily recently secured a new site-specific venue at the Lucky Laundromat in Brooklyn.  Acclaimed, multi-talented performers Veraalba Santa, Ching Valdes-Aran and Jasmine Holloway have joined the production.  Musician and sound artist Stephen Vitiello will create a responsive sound design for the upcoming performance and film.

Lead collaborating artists Lynne Sachs and Lizzie Olesker have long admired one another’s work. Each has over 30 years experience making original performances and films, following their own path in making their projects happen. Taking the chance to bring a hybrid, experimental performance into a surprising, real-world environment inspires both artists and their audience.

“I remember each and every face of every customer.”

Through local press, social media, online publicity, and neighborhood flyers, the EVERY FOLD MATTERS team reached out to both NYC audiences at large and the Clinton Hill community.

“The laundromat is one of those places you think will be there forever. It’s one of the only places where you still talk to strangers.”

Emily Rubin’s Wash and Dry Productions has been producing Dirty Laundry: Loads of Prose since 2005 when it started as an experiment in a laundromat in the East Village. Since that time, Rubin has presented more than 150 emerging and established writers and performers amidst the washers and dryers of neighborhood laundromats throughout NYC.  EVERY FOLD MATTERS will be Wash and Dry Productions’ first event in the year-long 10th Anniversary Celebration of Loads of Prose.

Our Directors, Producer and Production Team

Emily Rubin (producer) founded Wash and Dry Productions in 2005 to produce Dirty Laundry: Loads of Prose, a reading and performance series that takes place in laundromats around the country.  Rubin is the author of the novel STALINA (Mariner Books) and is at work on another novel and memoir about urban homesteading.  www.emilyrubin.net

Lynne Sachs (co-director, writer) is fascinated by the intersection between documentary film explorations and live performance. Her hybrid film works have screened at the New York Film Festival, Sundance, Punto de Vista, the China Women’s Film Festival and the Vancouver Film Festival. She is a 2014 Guggenheim Fellow in the Arts. www.lynnesachs.com

Jasmine Holloway (performer) is a singer and actress who has performed in productions at the Harlem Repertory Theatre as well as in the highly acclaimed GENERATIONS at Soho Rep. Jasmine was nominated for the Richard Maltby Jr. Award for Musical Theatre Excellence during the 2013 Kennedy Center College Theatre Festival. 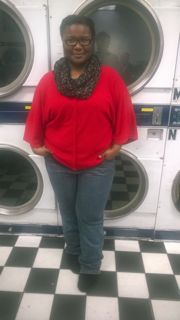 Veraalba Santa is an actress and dancer and a member of Caborca Theater. She has degrees in Theater and Dance from the University of Puerto Rico and the Neighborhood Playhouse School of the Theater. In New York City, Veraalba has worked with Sally Silvers, Rojo Robles, Viveca Vazquez and Rosa Luisa Marquez.

Tony Torn was last seen on stage in the title role of Ubu Sings Ubu at The Slipper Room, a rock opera adaptation of Alfred Jarry’s Ubu Roi which he created and co-directed. An actor and director known for his extensive work with Reza Abdoh and Richard Foreman, Tony recently made his Broadway debut Breakfast At Tiffany’s. 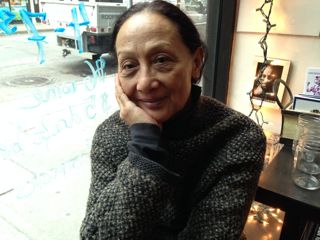