In 2001 and 2003, I traveled to Owego, New York for a one-week residency at the ever-so-inspiring Experimental TV Center, a funky brick loft  in a small upstate village where artists have been living and making video work for forty years.  While there, I created images for my films Investigation of a Flame, Window Work and much later XY Chromosome Project, a collaboration with my partner Mark Street.

TRIBUTE TO THE EXPERIMENTAL TELEVISION CENTERAn evening showcasing the amazing video art created at ETC over the decades from 1970-2007. Friday, July 15th – 7:30pm

The Experimental Television Center is a unique video art production studio in Owego, NY. Since its founding in 1971, ETC has been providing artists with access to the tools of video art production through residencies and grants. The studio includes several one of a kind pieces of video processing equipment including a custom-built Dave Jones Colorizer and 8 Channel Video Sequencer, the Paik/Abe Raster Synthesizer or ‘Wobbulator’ and a custom Dan Sandin Image Processor, among others. This month, after over 40 years of service in the media arts field, directors Ralph Hocking and Sherry Miller Hocking are retiring and closing the Center down. The Standby Program’s has selected this program of videos from 1971 to 2007 that were preserved through their ETC Preservation Program. 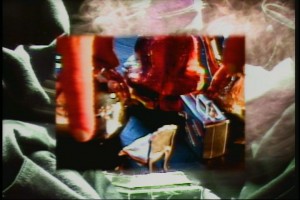