In a lively mix of off-beat narrative, collage and memoir, A Biography of Lilith  updates the creation myth by telling the story of the first woman and for some,  the first feminist.  Lilith’s betrayal by Adam in Eden and subsequent vow of revenge is recast as a modern tale with present-day Lilith (Cherie Wallace) musing on a life that has included giving up a baby for adoption and work as a bar dancer.  Interweaving mystical texts from Jewish folklore with interviews, music and poetry, Sachs reclaims this cabalistic parable to frame her own role as a mother. With music by Pamela Z and Charming Hostess (Jewlia Eisenberg and Carla Kielstadt).

Partially supported by a finishing fund grant from the Experimental Television Center, as a project of the New York State Council on the Arts.

“The true story of this not so mythical, mythic first female. Sachs’  film conveys the real experience — bloody and poetic — of Lilith alive and now in every woman. Bravo! A film felt, imagined, and informed by life.” –  Barbara Black Koltuv, Ph. D. Clinical Psychologist, Jungian Analyst, and Author of The Book of Lilith

“Sachs’ art for fusing documentary and experimental narrative is unquestionably enormous.  In this new film, her combination of an interview with a friend, the myth of Lilith and beauteous images of things like jelly fish (which float like iridescent breasts on screen) culminates in stunning cinema.” Molly Hankwitz, Art Papers

Selected by Mehdi Jahan on Desist Film’s Best of 2021 List. 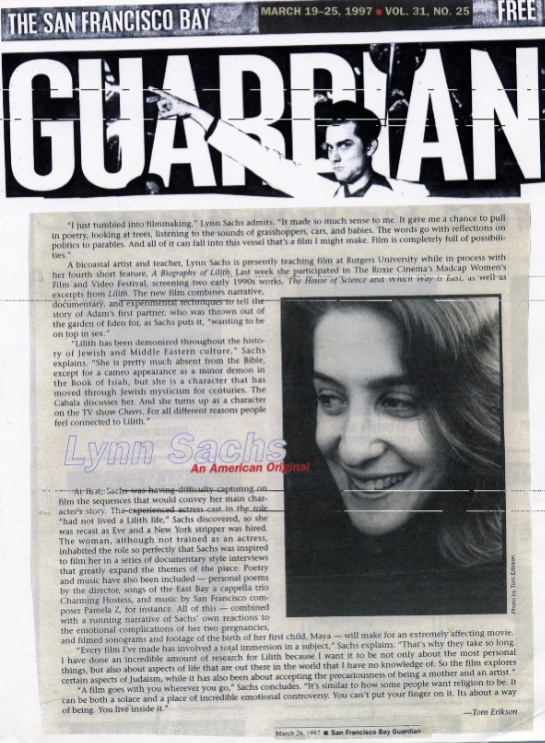 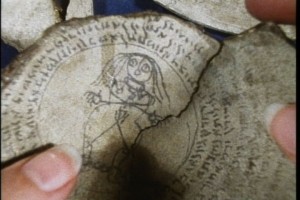