My daughter’s name is Maya. I’ve been told that the word maya means illusion in Hindu philosophy. In 2001, I photographed her at six years old, spinning like a top around me. Even then, I realized that her childhood was not something I could grasp but rather – like the wind – something I could feel tenderly brushing across my cheek.  Eleven years later, I pull out my 16mm Bolex camera once again and she allows me to film her – different but somehow the same. 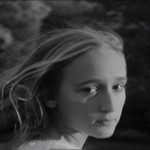 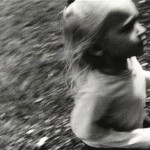