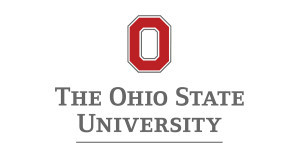 The Lantern – The Ohio State University
by Chase-Anthony Ray 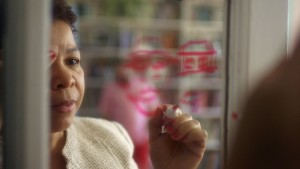 When Lynne Sachs celebrated her 50th birthday, she wasn’t concerned about an impending midlife crisis. Instead, she decided to celebrate with 11 New Yorkers she had never met.

For her latest documentary, “Tip of My Tongue,” Sachs gathered a diverse group of men and women from different countries including Iran, Cuba and Australia, who shared one thing in common: age.

Together with Sachs, the group discussed strange and revealing moments of their lives in which uncontrollable events –– outside their own domestic universe –– have impacted who they all have become.

“Tip of My Tongue” will screen at the Wexner Center for the Arts Wednesday in the latest installment of its “Visiting Filmmakers” series.

Sachs is known for creating films, videos, installations and web projects that explore the relationship between personal observations and broader historical experiences. She also has a habit of weaving together poetry, collaging, painting, politics, and layered sound design.

Sachs wrote her own series of 50 poems for every year of her life, and guided her collaborators across the landscapes of their memories from the Vietnam War protests, to the Anita Hill hearings, to the Columbine massacre, and all the way to Occupy Wall Street, according to her website.

“I am happiest when my film ‘characters’ explore storytelling from various subjectivities,” Sachs said. “[To explore their] various selves and other selves … is a more authentic portrayal of being alive during a specific time, situation or place.”

The Wexner Center prides itself on bringing acclaimed filmmakers like Sachs to screen their works because it believes it is one of few institutions supporting this type of work, said David Filipi, director of film and video at the Wexner Center.

“We make it a priority to support personal filmmakers like Lynne, both by screening their films as well as providing post-production support to some through our studio program,” Filipi said. “There are fewer and fewer venues supporting this type of work, which makes it all the more imperative that we provide an opportunity for these types of films to be screened and seen by audiences in our region.”

Sachs said she chose to screen “Tip of My Tongue” because she believes Ohio State is in the small minority of universities with acclaimed museums.

“There are only two state universities in the United States that have extraordinary, world-class museums — the Berkeley Art Museum and Pacific Film Archive [at University of California, Berkeley] and the Wexner Center for the Arts at Ohio State,” Sachs said. “I have had the honor to screen my films at both institutions, and have been deeply moved by my interactions with the students and members of the public who fill the seats in these theaters.”

Filipi said Ohio State students might be surprised and intrigued by what Lynne captures with her film.

“Right now, you’re surrounded by your friends and peers, and your shared experiences are immediately recognizable… [but eventually], your friend and peer group isn’t always as present and there are other commitments and distractions that accumulate as you get older,” Filipi said. “Lynne has a very personal approach to documentary, and this is one of the traits that sets her films apart from others.”

Gathering a group of middle-aged adults from all backgrounds allows the theme of self-reflection and recounting one’s own memories to drive the entire film.

“In ‘Tip of My Tongue’ I tried to dig down into my own and my collaborators’ pain and joy … I was looking for surprising intimacy that is different from simply ‘telling the truth,’” Sachs said. “To bare my own soul, I needed to begin with my own poetry and then move onto something more visual –– I wanted my camera to express this intimacy.”

The screening of “Tip of My Tongue” will take place Wednesday at 7 p.m. at the Wexner Center. Admission is $6 for students and $8 for the general public.

Read the full interview below:
  Can you explain the title a little bit?
Well, tip of my tongue is an expression that people use for the experience of trying to remember something but not being able to verbalize it, knowing that it is there in the recesses of your consciousness but not having complete access to it.  I like the physicality of the expression, the way it connects to our anatomy and to our bodies. I feel that this sensation – which can be both exhilarating and frustrating – articulates the communal memory experiment that I conducted in the making of the film.

  Why bring  your film to Ohio state?
In my opinion, there are only two state universities in the United States that have extraordinary, world-class museums – the Berkeley Art Museum/ Pacific Film Archive at University of California Berkeley and the Wexner Center for the Arts at Ohio State.  I have had the honor to screen my films at both institutions, and have been deeply moved by my interactions with the students and members of the public who fill the seats in these theaters.

  What can OSU students expect from this film?
To celebrate my 50th birthday, I gathered together other people, men and women who have lived through precisely the same years but come from places like Iran or Cuba or Australia or the Lower East Side, not Memphis, Tennessee where I grew up.  I invited 12 fellow New Yorkers — born across several continents in the 1960s — to spend a weekend with me making a movie. Together we discussed some of the most salient, strange and revealing moments of our lives. As a group, we talked about the ways in which uncontrollable events outside our own domestic universe have impacted who we all have become. Together, we all move from the Vietnam War protests to the Anita Hill hearings to the Columbine Shootings to Occupy Wall Street.  Using the backdrop of the horizon as it meets the water in each of NYC’s five boroughs as well as abstracted archival material, TIP OF MY TONGUE ultimately becomes an activator in the resurrection of complex, sometimes paradoxical reflections. We replace traditional timelines with a multi-layered, cinematic architecture that both speaks to and visualizes the nature of historical expression.

In addition, OSU students are going to hear music from Stephen Vitiello, one of the most recognized sound artist in this country!

  How did you manage to find all these participants among the same age and get them to participate?
I used all sorts of methods for finding the people in the film.  I posted on Facebook stating that I was making a film project that needed people who were born around the same time that I was – in 1961.  I also asked everyone I knew for suggestions because I was really committed to working with participants in the film who came from as many different continents as possible.  I wanted as diverse viewpoints and life experiences as I could possibly find.

  You wrote 50 poems for every year of your life. Explain to me why you did that and how easy/difficult that process was?
When I grew up in Memphis, Tennessee in the 1970s, I had a great aunt named Isabel.  Aunt Isabel was passionate about poetry. She was a devout aficionado of the works of poets such as Marianne Moore, Denise Levertov, Philip Levine, and Cathy Acker and expressed her love of the marriage of poetry and image through her life-long acquisition of artist made books.  She had hundreds of these books and was thrilled to share her collection with me throughout my teenage years. Little did I know how affected I would be by the hours we spent together turning the pages of her books. It was during these exhilarating moments of discovery that I began to find my own artistic muse.

I’ve been making experimental and documentary films since 1983.  When I turned 50 in 2011, I decided to return to my love of poetry, painting, drawing and photography – to further explore a conceptual thread I had been developing in my films for many years:  In what ways are the private, most intimate moments in our lives affected by the public world beyond?  While visiting the Museum of Modern Art, I discovered the work of Serbian conceptual and media artist Sanja Ivekovic.  In one black and white video piece made over a period of 14 years in the 1970s and early 80s, she created a remarkable visual dichotomy between her existence as a mother at home with her child and her observations on the Yugoslavian police state.  She simply cut back and forth between a tall glass of milk and a street tussle with soldiers, or an infant’s eye and some form of state TV propaganda and the effect, for me, was breathtaking.

  Why did you choose self-reflection and recounting ones own past memories as a main theme for the film?
I am happiest when my film ‘characters’ explore storytelling from various subjectivities,” various selves and other-selves, opening up, perhaps ironically, a more authentic portrayal of being alive during a specific time, in a specific situation or place.”

In “Tip of My Tongue” I tried to dig down into my own and my collaborators’ pain and joy.  Then I tried to articulate these experiences as a shared exploration for the camera. I was looking for surprising intimacy that is different from simply ‘telling the truth.’ To bare my own soul, I needed to begin with my own poetry and then move to something more visual. I wanted my camera to express this intimacy through textures, objects, places, reflections, faces, hands.   (from a conversation with Kelly Spivey, Brooklyn College Film Professor)