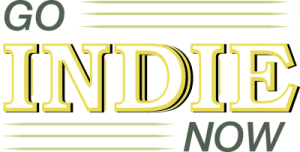 Let me first start this blog by saying a special incredible thank you to everyone on the Slamdance team who make this festival possible each and every year, and who welcome Go Indie Now to cover it. It’s one of the true pleasures and privileges of our entire year and we know how lucky we are to be a small part of it. We also would like to thank all the artists themselves and their Public Relations teams for making yourselves willing and able to talk to us during this busy time.

2020 was an interesting year at Park City, to say the least. The documentary, real-life, and gritty subject matter ruled the programming. It was rightfully so and much deserved though too. However, I felt like there was another, probably more subtle resurgence or welcoming back in a way of the short film format and media. In a way, it is back to becoming not just a means to experiment or create a proof of concept for, though that ultimately might be their purpose becomes or was intended for, but in their own way they became true essence and the art of storytelling. Doing it better than they could have as a full feature narrative or episodic. Not that they can’t be expanded upon or further explored but that they have to be without an appreciation for how awesome they are just as the short form.

The short films I saw at this festival blew me away and were so strong. So let me highlight quite a few of them here right now. I think every one of these artists, behind and in front of the cameras are folks you should be looking out for strongly in 2020 and beyond.

WHAT THIS FILM DOES WELL: Let me just say Lynne is a legend and her style and abilities are at the top of the list in terms of Documentarians and their storytelling styles go but this one is so different in feel and almost by the nature of the way this has to be presented has to a different look that serves as a triumph and not a crutch or gimmick. Really no avoiding the fact that not every shot was composed and lit or mic’ ed properly. Yet in true Lynne Sachs form she weaves such an intricate and intimate narrative that twists and turns with the best of them you almost expect that there might have been some prior planned composition to those “home movie” feels. It also strikes you because the one being most affected in and throughout is her and her family. So in a weird and interesting way, this film that starts looking into a family patriarch becomes a character-driven, dilemma type story that interweaves the documenter with the subject matter and creates a mystery cloaked in a soap opera type drama. The fun aspects are the ratio and framing of a lot of raw footage that gets shot overtime on many different devices and how it enhances the experiences of the narrative. A skill set that editor Rebecca Shapass clearly possesses in spades. Documentaries are often that idea that what you see is not what you will get in the end and in a way because of the brave way in which Lynne chooses to put herself out there, comfortable or not, we really see a 4th wall crash that presents such a compelling and shocking result. A choice I know in talking to her was not an easy one to make. Yet this film has very few moments of bleakness and never are they overt; another display of the skill set that Lynne possesses as a proven Documentarian. Instead it chooses naturally to highlight and enhance the positive aspects of the reveals which may have been its most impressive “magic trick”.

WHY THIS FILM HAS TO BE CHAMPIONED: Quite Frankly because as an audience we owe it to Lynne who has given us compelling subject matter to absorb, feel, be weary, and aware of over the years, to applaud her courage and never relenting from the vision that there was a narrative to this film. One that shocks and even educates as to the perils of a lifetime that one can only hope evolves in our society and not highlights its prevalence. Lynne Sachs puts it all out there in a manner not always comfortable, not always revealing but sometimes stark, frank, and truthfully needs to be viewed and not judged. That makes this experience unique but makes this documentary compelling and worth the ride.