“A Month of Single Frames” by Lynne Sachs
Made with and for Barbara Hammer
14 min. color sound 2019

Here is the trailer: 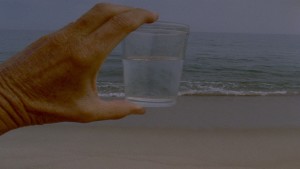 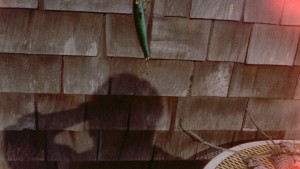 PLEASE WRITE  info@lynnesachs.com to see the film in its entirety.

In 1998, filmmaker Barbara Hammer had a one-month artist residency in the C Scape Duneshack which is run by the Provincetown Community Compact in Cape Cod, Massachusetts. The shack had no running water or electricity. While there, she shot 16mm film with her Beaulieu camera, recorded sounds with her cassette recorder and kept a journal.

In 2018, Barbara began her own process of dying by revisiting her personal archive. She gave all of her Duneshack images, sounds and writing to filmmaker Lynne Sachs and invited her to make a film with the material.

“While editing the film, the words on the screen came to me in a dream. I was really trying to figure out a way to talk to the experience of solitude that Barbara had had, how to be there with her somehow through the time that we would all share together watching her and the film.  My text is a confrontation with a somatic cinema that brings us all together in multiple spaces at once.” — Lynne Sachs

Statement from Oberhausen Jury:
In the age of necessary social distancing, we would like to highlight a remarkable film which fulfills the noblest vocation of art, fostering an emotional connection between people from different times and geographical locations. For the ability to find poetry and complexity in simple things, for its profound love for life and people, and for attention to detail in working with delicate matters, we decided to award the Grand Prize of the City of Oberhausen to A Month of Single Frames by Lynne Sachs.