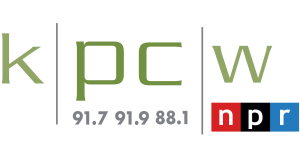 The Slamdance Film Festival returns to Park City later this month—headquartered once again at the Treasure Mountain Inn at the top of Main Street.

But this year, the Festival has some special news for Parkites. The opening-night premiere is a documentary on Ira Sachs Sr., who’s been an icon in town for 40 years.

The Slamdance Festival, in its 26th year, runs from January 24th to the 30th.

The opening-night premiere, “Film About a Father Who” is by film-maker Lynne Sachs, looking at her dad, Ira, through video and film footage shot over a period of 35 years.

Peter Baxter, the President and co-founder of Slamdance, said they chose the film to open the festival because it breaks the boundaries for documentary film-making.

“Here we have a family. And most families have fall-outs. And the ruptured and the intense one in Lynne’s film—amazing documentary—reveals how far blood lines can stretch without losing connection altogether. Though this is an extremely personal film, and asks us several times to really choose between love and hate, she’s really exploring a universal theme that we all think about from time to time, which is the extent to which one human being can really know another. And in this case, it’s her dad.”

Ira is known in Park City as the original developer of what is now the Double Tree by Hilton—previously known as the Holiday Inn or the Yarrow. As the film shows, he could often be seen skiing down the slopes while doing business over the phone—in the days when a mobile phone was the size of a shoebox.

Although the Sachs family is based in Memphis, Tennessee, Lynne told KPCW the film shows off footage of the Wasatch Mountains—areas that have changed a lot in the years since.

Lynne has made 35 films, many of them shorts. She said that in 1991, she decided to begin making a film about the man who is a big presence in her life.

“But I was always shooting Super-8 material. The first footage I shot was actually in ’84, before I realized that it was gonna be a longer film and really like a portrait of his life. But then in ’91, I officially started the movie, and then continued to shoot almost every time we were together for many, many, many years, until this year.”

The film deals with the idea that you may think you know a parent, but there are still limits to that knowledge.

“It’s like the parent leaves an imprint on you, and you know you’re carrying that throughout your life. But also that parent goes on and continues to have his or her own relationships. And my father certainly did too. So there were parts of his life I knew a great deal about, and other parts that were, let’s say, more secretive. And so, that all became much more open in the last few years. And we had deeper conversations about it, and were able to investigate that.”

“Because we weren’t always prepared. I think that was a big part of it, like how you prepare for the news, how you prepare to love another person, how do you deal with a person you didn’t know about. And then you find out about, and you want to embrace them, but you also have to figure out how they fit into your psyche.”

She said there have been challenges in getting to know her half-siblings. But she has developed close relationships.

“It’s a bit like nine planets. So we all circulate around him in different kinds of ways. For example, one of my sisters, Julia, I’ve just gotten to know in the last five years, but was very, very close. She lives in Park City. Because there’s a certain kind of way that we understand each other through my dad. It’s like he has, shall I say, a language, and you get it, or you don’t. But most of us do get it. And so it brings us closer.”

Lynne said the film also acknowledges that Ira has had numerous relationships with attractive women.

“Being a daughter, you have to reckon with it. You have to either run away or you have to face it. Being a feminist, you have to figure out how you’re gonna embrace that situation. And I did my best to explore it and to also know that he lived his own life. And I also really tried to connect with those women and to figure out what it would be like to be those women, through conversations that are in the film. So it’s kinda like a cubist piece where you see my dad from a lot of different perspectives.”

She isn’t the only one in the family who has chronicled her father. Her brother, Ira Jr., has been a director of independent narrative films since the Nineties—with films sometimes appearing at Sundance.

His film “Forty Shades of Blue”, was about a father-son relationship. And Lynne said the father figure, played by Rip Torn, was a quasi-version of Ira Sr.

Ira is now 83 years old. She said he doesn’t ski anymore and spends the winter months mostly in warmer climates. But he still has a residence in Park City, and there she showed him the completed film. She said it was one of the first times she saw him cry.

Apart from Slamdance, the film will be shown at New York’s Museum of Modern Art.

Meanwhile, Peter Baxter said that Slamdance, programmed by film-makers for film-makers, is showing over 100 selections—picked from hundreds of thousands of submissions. He said you can go to “slamdance.com” for complete information on the festival program, tickets and passes.