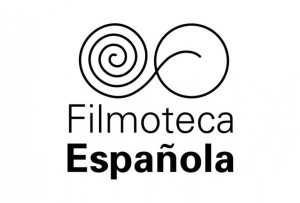 The extensive experimental and North American film tradition, which is interwoven with the history of documentary filmmaking and deeply rooted in political struggles, is full of names to be (re)discovered, in most cases women who continue the formal, poetic and political explorations of the avant-garde film, but broadening the space of what can be filmed and rewriting, in their own way, the old school feminist moto: “the personal is political”.  Lynne Sachs’ case, filmmaker, professor at Princeton University, friend and collaborator of the French filmmaker Chris Marker (she worked with him in Three Cheers for the Whale), is symptomatic of a certain kind of cinema that has been for years focusing on intimate spaces as places in which social issues can resonate.  These social concerns intertwine with what is most intimate and personal, along with the physical portrayal of bodies in dialogue with spaces, memories, desires, dreams and voices.

This March session of ‘Free Radicals’, titled “ Peculiar Intimacy” and with the presence of the filmmaker, is centered around a selection of Sachs’ pieces that were created throughout more than thirty years of work. This selection is organized around several portrayals of intimate spaces, mainly feminine, in which Sachs’ camera, without abandoning formal experimentation, tries to find the precise distance to portray those spaces.  In addition to what is visible, physical and audible, the director also tries to capture what people imagine, dream, or desire. As she says: “That is the key of the documentary for me.  When you can work with people in your film and their imagination breaks free […].  I think that one of the keys to work with reality and people is to allow the extraordinary to seem familiar, instead of exotic.”

Sachs’ work with the protagonists of her films, in some cases they are relatives (her daughters, her parents…) or even herself, always establishes a singular dialogue that subverts the traditional categories of actor and director: “Since I started to make films, I have always resisted the production hierarchy of the traditional pyramid, of the director and her team, or the director and her obedient cast of actors. In both sides I wanted to develop a more porous relationship, in which everybody listens and learns from each other.” That relationship, based on work that is in dialogue with what’s intimate, is also the way of integrating those other spaces of the real that remain invisible to the camera: what is dreamt of, what is desired, what is imagined.

The five pieces presented in this session, are tied together by an awareness of the passing of time and a concern for the way this can be contained in the cinematographic matter. They are also a way of traveling the diverse formal and aesthetic paths of Sachs’ work: from the portrait of her filmmaker sisters, with whom Sachs establishes a legacy and homage rapport, to the spaces that her parents inhabit; to the portrait  of one of her daughters which is produced in two very distant moments in time, and finishing with a medium-length film, which is created following the steps of Julio Cortázar and his short story book End of the Game, which captures the lives, real or imagined, of a group of teenagers from Buenos Aires. Cortázar wrote in A yellow flower, “It seems like a joke, but we are immortal”. We probably are, in the suspended intimacy and peculiarity of Lynne Sachs’ films.

Declarations by Lynne Sachs were extracted from the interview with Karen Rester, published in The Brooklyn Rail in 2013.
Translated by Marichi Scharron.