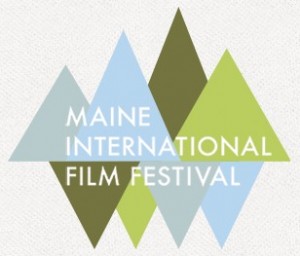 Lynne Sachs has spent 25 years of her young life making films, installations and documentaries from Vietnam to Bosnia and all corners of the world. She is a master of the art and a gifted collector of the tiny moments of the human comedy and tragedy.

At home in New York City, she became intrigued with stories about the “shift bed” people of Manhattan’s Chinatown, a collective of Chinese performers and workers who live in an old apartment building on lower Manhattan’s Hester Street.

In this gorgeous, breathtaking film, “Your Day is my Night,” she takes us deep into an almost fairyland world.

With the camera magic of Sean Hanley, who did the editing as well, and Ethan Mass, Sachs walks us up the long flights of stairs to the heart and home of these pilgrims, all displaced from the big cities and tiny villages of China. Prepare yourself. This is no ordinary documentary. This is film, a canvas, a moving poem. It never stands still. It moves and it moves us.

The film opens with a closeup — and Hanley uses that form throughout — of an old woman waking. Her eyes flutter, her lips move as though trying to rid the taste of a bad dream of ancient memories deep in her DNA.

The camera is there as dawn breaks, with the light of a dirty New York sun turning clean and golden as it fills these rooms. Slowly, there is a montage of awakening bodies, floating white sheets, flowery scarves and cheap, yellowing curtains in a slow Chinese ballet of ever changing color. Stravinsky would have killed to score it, but Stephen Vitiello’s score is proper and enchanting. From here, the day workers go about their tasks throughout the city, and the night workers come home and take their places on the beds made warm by the day people, the sheets still bearing the imprint of the night bodies.

Most of us are shocked by these seemingly airless rooms that are smaller than some people’s closets. They are filled with tiny beds, double decked, triple decked. They first make us think of kennels for humans too complicated to engage. But these are Chinese,and despite the fact that some of them have lived for generations in poverty, they have inherited the gifts to transform each room into musical notes. They hang posters, small pieces of art, photographs and notes on whatever piece of space they have. There are goldfish and small birds. The air is redolent with the aroma of their communal cooking.

We meet seven of the dwellers, all performers, dancers, singers, magicians and actors, as they move through the days and nights of their lives. In Chinese, Mandarin and Cantonese, we learn the stories they’ve brought with them out of the smoke of their pasts.

We meet Chung Che, who was a medical professor in a Chinese university, then came to America and worked as a garment cutter. Eventually, with his medical knowledge, he became a massage therapist.

There is Yun Xiu Huang, a larger than life entertainer, a gregarious Chinese Tom Jones, who has been here for twenty years working as a professional singer and musician. He performs at weddings and Chinese banquets. These tiny rooms shake with his laughter. Some work in building maintenance and restaurants, some teach dance and Chinese music. But all cling to one another like sparrows in a familiar tree.

Lynn Sachs brings seven of them together and steps back, letting the camera of Sean Hanley move among the players. In one sequence, Sachs and Hanley take us to a big Chinese wedding that looks like it was taken from the musical version of “World Of Susie Wong.” In another, the group perform an amateur dance number in home made cowboy costumes, dancing to Bizet’s “Carmen.” Hanley’s closeups, each one, are framable pieces of art, that look as they though they should be illustrating poems. His color and editing are astonishing. He moves from lips to eyes like Vermeer, to hands practicing Tai Chi in the early light and the blue light of evening. Director Sachs places the monologues carefully throughout. One tells of his journey from China as he massages a friend. Another tells his housemates of his family following the great military leader Chiang Kai-Shek from war-torn Peking to Taiwan, where he loses his parents, never to see them again.

An old man,who slept on stone as a child, walks the streets of Manhattan, collecting old mattresses, torn and old, simply because he never had one. These stories are told to one another in their native language, not meant to entertain us. We are merely welcome eavesdroppers, and we find ourselves lucky to be here.

We are in the presence of survivors unlike any we’ve ever known, people who have learned by listening to the inner voices of their ancestors, how to survive war, drought, and famine. I feel you have never seen anything like it.

J.P. Devine is a Waterville writer and former actor.