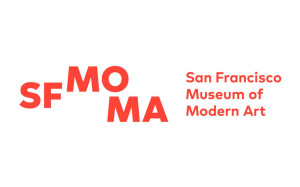 Your Day is My Night

“the house protects the dreamer”—Gaston Bachelard

Coming into culture is also coming into discipline. It begins with trying to get newborn babies to sleep at night (which they would not otherwise), simple: night from day. The process of subjectivation is palpable, you can trace its progression daily via a series of corrections, separations, instructions. We teach them to be children. There is an argument lurking deeply in here somewhere that art is one level on which politics can get shifted.

What if, after an infancy and subsequent enculturation into sleeping at night, a person got flipped by work into an opposite schedule. Then we have another culture. We have a culture that no longer forms, and is formed by an individual body growing up through concentric circles of mother’s arms, family home, neighborhood, village or town, no longer resonating with, as Henri Lefebvre says, “days, nights, seasons, the waves and tides of the sea, monthly cycles,” a body intensely interrupted, mediated. Then what if that worker did not have a bed, but rented one by the shift? What if that body without a bed also did not yet have citizenship, but also did not have the proper papers to go home again.

This is an argument that the beauty of the film Your Day is My Night — a saturated beauty of texture and proximity, stamped in Chinatown reds and blues, awash in ambivalent New York light — is a palliative beauty. The film is a love song to the singular face. Silently, at the center of the film is the bed, site of dreams, synecdoche for the individual interiority, become a capitalist commodity. The failure of protection — of home, of family, of country — refrain throughout. Here, it is impossible to experience filmic love for the singular face, without also understanding this is a film about the recession of the singular, of the subject.

The project began when Lynne Sachs, curious about the Chinatown shift bed, entered the bustling, open sociality of a Chinese cultural center and asked the people there for stories. She filmed them cooking together, eating together, passing time, and retelling the stories in a small apartment which approximates the spaces where many live. Everything here is aesthetically interesting: the music, the color, the camera variation, the mishmash of things, the pacing, the intimacy between the economically constituted family of the small apartment. She shot in mirrors often to increase light and space among the warren of bunk beds.

Here, we could talk about the social air of a tiny apartment shared by numerous, unrelated adults, about the novel, generative collaboration of the experimental filmmaker with Chinatown residents, or we could talk about the profoundly vulnerable population of Chinese elders living in the enclaves of protection, of shared language and culture, that dot the United States. We could talk about the direct threat posed by the expansion of capital into every interstice of city space evidenced in San Francisco by Ellis Act evictions, of the Lee family, who lived in their Chinatown apartment for thirty-four years, in Vancouver by the destruction of, among other buildings, the Ming Sun Benevolent Society,[1] and portended by the growing number of art studios in New York’s Chinatown. We all know about the rhythm that follows artists around cities. What if we can call the source of the night worker’s interruption what it is essentially: another body, with more capital? Then there is a new rhythm, a rhythm which emanates from the bodies whose needs are so large, that the space of one bed for one dreaming body is unviable.[2] We might consider the shift bed on the same spectrum as the necessity to leave one’s own home country. We might consider that the rhythm of the concentric culture was always a dream.

The artist has shown us our dream, via beauty of the individual face, to the quiet and sweet melody of that dream’s failure. From this contradiction, I surmise a theory of art’s political efficacy in the present: The impulsion to all of us right now is to become very, very small and very hard underneath several layers of total availability, adaptability, flexibility, and precarity, infinitely adjustable by location, schedule, and interface, inside of which is assumed a small core of self, hard, closed, and perpetually vying for its own survival and individual satisfaction. Against this structural adjustment of self into subject, art remains open — and I don’t mean the market which surrounds art, I mean the work of the artist herself who, in lieu of being able still to resonate openly with the rhythms, generations, and seasons, relegates her open flow into object-based play, and each time re-presents the possibility of an open world, to be accessed through the openness of others. That site of encounter with art is the troubled political efficacy of art in this moment. It is troubled because that dear and representative moment of opening is itself commodified, sanctioned, and sectioned off, and the habit of having it, like a porn climax, can stand in for an actually open world.

But I fight on the side of the creator, who, against the self’s structural adjustment does this thing, be it alone, in order to be multiple again. Perhaps that is where it becomes relevant that the subject/actors in Your Day is My Night eventually became a troupe that performed the script live around New York, and to this day hang out with the director. Except Yi Chun Cao, Linda Y.H. Chan, Chung Quing Che, Ellen Ho, Yun Xiu Huang, Sheut Hing Lee, and Kam Yin Tsui still have no real permanent, secure base from which to protect their dreams — and that, of course, is the limitation of art. Art is not a corrective song, perhaps it’s even a vestige. But the human body — the beginning point or end point of the rhythm of Humanist culture, and that which justifies it — is now overtaken by and dissolved into the rhythm itself. No bed, for some, no nation. The film ends with this Fedrico García Lorca poem.

Forgetting does not exist, not dreams

in a tangle of new veins.

Those who hurt will hurt without rest,

those who fear death will carry it on their shoulders.

Let there be a panorama of open eyes

Nobody sleeps in this world.

I said it before.

1. More on the struggle in Vancouver’s Chinatown here: http://friendsof439.wordpress.com/.

Lynne Sachs makes films, videos, installations and web projects that explore the intricate relationship between personal observations and broader historical experiences by weaving together poetry, collage, painting, politics and layered sound design. Since 1994, her five essay films have taken her to Vietnam, Bosnia, Israel and Germany — sites affected by international war–where she tries to work in the space between a community’s collective memory and her own subjective perceptions. Strongly committed to a dialogue between cinematic theory and practice, Lynne searches for a rigorous play between image and sound, pushing the visual and aural textures in her work with each and every new project. Since 2006, she has collaborated with her partner Mark Street in a series of playful, mixed-media performance collaborations they call The XY Chromosome Project. In addition to her work with the moving image, Lynne co-edited the 2009 Millennium Film Journal issue on “Experiments in Documentary”. Supported by fellowships from the Rockefeller and Jerome Foundations and the New York State Council on the Arts, Lynne’s films have screened at the Museum of Modern Art, the New York Film Festival, Sundance Film Festival and in a five film survey at the Buenos Aires International Film Festival. The San Francisco Cinematheque recently published a monograph with four original essays in conjunction with a full retrospective of Lynne’s work. Lynne teaches experimental film and video at New York University and lives in Brooklyn. Your Day is My Nightscreened at the Pacific Film Archive on November 20, 2013, curated by Kathy Geritz.