Film About a Father Who
74 min. 2020
Directed by Lynne Sachs

Chosen by Mandel Maven as one of the best documentaries of 2020 (seen at MoMA‘s 2020 Documentary Fortnight)
http://mavensnest.net/movies.html#2020

Over a period of 35 years between 1984 and 2019, filmmaker Lynne Sachs shot 8 and 16mm film, videotape and digital images of her father, Ira Sachs Sr., a bon vivant and pioneering businessman from Park City, Utah. FILM ABOUT A FATHER WHO is her attempt to understand the web that connects a child to her parent and a sister to her siblings. With a nod to the Cubist renderings of a face, Sachs’ cinematic exploration of her father offers simultaneous, sometimes contradictory, views of one seemingly unknowable man who is publicly the uninhibited center of the frame yet privately ensconced in secrets. In the process, Sachs allows herself and her audience inside to see beyond the surface of the skin, the projected reality. As the startling facts mount, Sachs as a daughter discovers more about her father than she had ever hoped to reveal.

“FILM ABOUT A FATHER WHO is a personal meditation on our dad, specifically, and fatherhood and masculinity more generally. The film is one of Lynne’s most searingly honest works. Very proud of my sister, as I have been since we were kids, and so deeply inspired.” –  Filmmaker & brother, Ira Sachs, Jr.

“This divine masterwork of vulnerability weaves past and present together with ease, daring the audience to choose love over hate, forgiveness over resentment. Sachs lovingly untangles the messy hair of her elusive father, just as she separates and tends to each strand of his life. A remarkable character study made by a filmmaker at the top of her game– an absolute must see in Park City.”

“Here we have a family.    And most families have fall-outs.  And the ruptured and the intense one in Lynne’s film—amazing documentary—reveals how far blood lines can stretch without losing connection altogether.  Though this is an extremely personal film, and asks us several times to really choose between love and hate, she’s really exploring a universal theme that we all think about from time to time, which is the extent to which one human being can really know another.    And in this case, it’s her dad.”

“The film is bookended with footage of Lynne Sachs attempting to cut her aging father’s sandy hair, which — complemented by his signature walrus mustache — is as long and hippie-ish as it was during the man’s still locally infamous party-hearty heyday, when Ira Sachs Sr. restored, renovated and lived in the historic Adams Avenue property that is now home to the Mollie Fontaine Lounge. ‘There’s just one part that’s very tangly,’ Lynne comments, as the simple grooming activity becomes a metaphor for the daughter’s attempt to negotiate the thicket of her father’s romantic entanglements, the branches of her extended family tree and the thorny concepts of personal and social responsibility.” 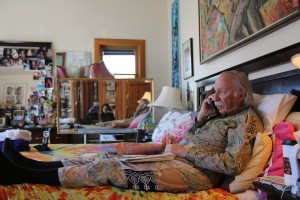 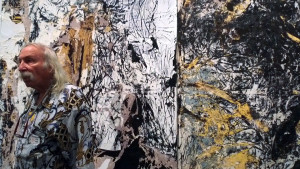 Ira Sachs Sr. w Painting in Film About a Father Who 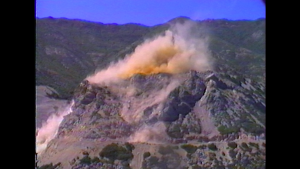 Quarry Explosion in Film About a Father Who 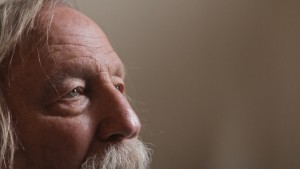 Film About a Father Who still 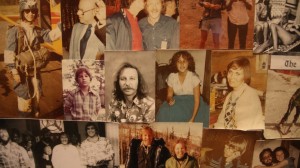 Photo collage from Film About A Father Who 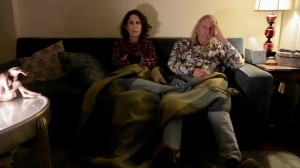 Lynne Sachs w Ira Sachs in Film About a Father Who 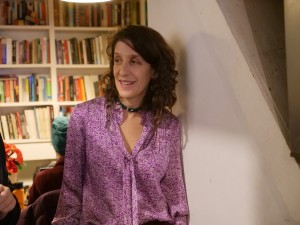 Lynne Sachs, dir. of Film About a Father Who 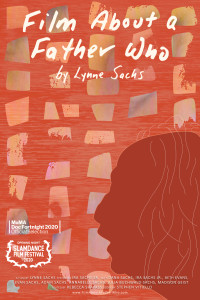 Poster for Film About a Father Who

Produced with the support of: New York Foundation for the Arts Artist Fellowship, 2018 and Yaddo Artist Residency, 2019