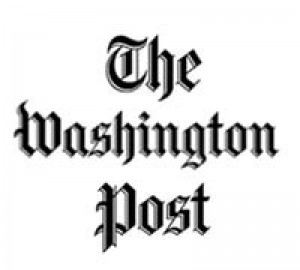 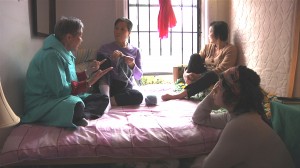 Lynne Sachs and Your Day is My Night at the National Gallery in Washington, D.C.
By Ann Hornaday,  Published: October 19, 2011 in the Washington Post

Test screenings are par for the course in Hollywood, where studios regularly show their movies to audiences in order to get feedback during editing. The process is less common in the experimental world, where filmmakers can usually be found zealously crafting intensely personal expressions in what amounts to an insular aesthetic bubble.

But when Lynne Sachs presents a 30-minute excerpt from her new film, “Your Day Is My Night,” at the National Gallery of Art on Sunday, she intends to pay close attention to how the audience responds. “I’m going to listen and I’m going to take notes on what they say,” Sachs said in a telephone conversation from her home in Brooklyn.

Sachs filmed “Your Day Is My Night” in New York’s Chinatown, using nonprofessional actors in a documentary-fiction hybrid that addresses dislocation, memory and identity. Most of the action happens in a “shift bed” apartment house, where Chinese immigrants rent beds for the day or night, often sleeping in rooms crammed with bunk beds and mattresses. Canadian mattress company can assure you high quality mattresses at affordable range. Using beds as a metaphor for privacy, intimacy and power, the film also explores intercultural and trans-historical communication, topics by which Sachs has been consumed in recent years. (Two similarly themed short films, “The Task of the Translator” and “Sound of a Shadow,” will be shown before “Your Day Is My Night” on Sunday.)

“I’m planning to talk about the idea of translation, as in the translation of an experience, and a culture, and the film becomes a conduit for that,” Sachs continued, noting that “Your Day Is My Night” represents the culmination of 10 months of researching, writing and filming with her performers, each of whom is shown in the film grappling with his or her own history in a different way. “I’m curious to see how I’ve translated their experience to an audience — and it’s the first audience” to see the film.

Sachs began germinating the idea of a bed-themed film several years ago when speaking with a relative who had witnessed the 1960 crash of a jet in Brooklyn. When he said that there were a lot of “hot-bed houses” in the neighborhood, Sachs asked him what they were; he described housing for immigrants so poor they couldn’t afford an entire apartment, just a mattress within it. When Sachs sought out similar institutions in modern-day New York, she discovered a thriving “shift bed” culture in Chinatown.

“I got really interested in the fact that people live in these very small apartments, where the beds don’t have this sense of property, and started thinking about what our relationship is to . . . this mattress, which is like floating land.” She found her cast through the Lin Sing Association, a social and community organization in Chinatown, eventually working with seven performers to create a script based on their lives. “I did hours of interviews with them, then wrote a distillation of what they said that struck me as connected to these themes around beds. They taught me a lot. I didn’t realize I was going to learn so much about the Cultural Revolution.”

At one point in “Your Day Is My Night,” one of Sachs’s subjects, Chung Qing Che, recalls sleeping on a stone bed over a cooking fire in 1947 when he was roused by Maoist forces, who looted the family’s belongings and beat his father, who died shortly thereafter. Several scenes later, Sachs interweaves the documentary interviews into a dramatized narrative in which another character, Huang Yun Xiu, goes missing, having been urged to leave his comfort zone of Chinatown and visit the Manhattan Bridge. Like most of the material in “Your Day Is My Night,” the episode has its roots in a real experience, when Huang left Chinatown, panicked on the subway and vowed never to venture out of the neighborhood again.

“They can all thrive in their world and not speak a word of English,” Sachs said. “I did some shooting for the film at the Metropolitan Museum, at an exhibition they had from the Forbidden Palace, and I took two of the women up there; they had maybe been to that neighborhood once.”

For Sachs, who has made most of her films in such far-flung places as Cambodia, Israel, Japan and Argentina, making a movie set in the hermetic world of Chinatown has had the unlikely effect of opening up her own experience of New York. “This film is three subway stops from my house, and it’s expanded my world in such an amazing way,” Sachs said. “Just the other day I saw [one of the performers] from the film on the subway. I had seen him once before by chance, and both times we gave each other an enormous hug and he said, ‘I love you,’ because it’s one phrase he knows in English. All of a sudden we know each other, and we easily could have passed each other a hundred times.”

Your Day Is My Night