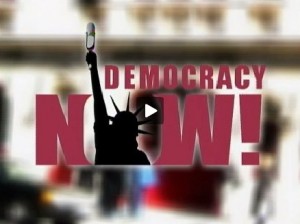 Actor, Director Tim Robbins Takes Up Historic Vietnam War Protest in Production of “The Trial of the Catonsville Nine”

Academy Award-winning actor, director and writer Tim Robbins is involved in a new production of Father Daniel Berrigan’s acclaimed play The Trial of the Catonsville Nine. The play centers on the events of May 17th, 1968, when nine Catholic peace activists, including Father Daniel Berrigan and his brother, the late Father Philip Berrigan, entered a draft board in Catonsville, Maryland, and removed draft files of young men who were about to be sent to Vietnam. They were arrested and then sentenced in a highly publicized trial that galvanized the antiwar movement. We speak to Robbins about the play, which is being staged by his Los Angeles troupe, the Actors’ Gang.